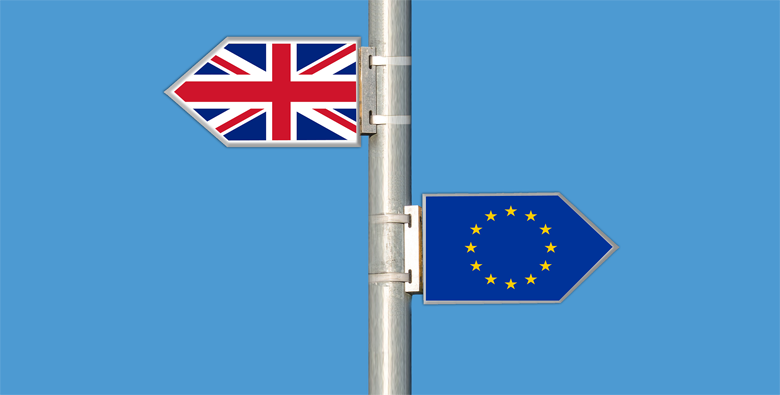 Andrew Hillier looks at the current state of the financial services sector in the City of London in the crucial days in the run-up to Brexit.

The beginning of 2019 was a great new phase in DUAL Asset’s development as we moved into our new offices with spectacular views over London. Overlooking the City from the 17th floor you really do get a buzz at being at the heart of global finance, trade and commerce. It’s a stunning vista, but against the expanse of the capital’s horizon looms a tiny storm cloud that refuses to blow away. Brexit.

I’m sure everyone reading this will have meticulously planned every eventuality that could occur to safeguard their businesses as best they can. But the reality is no one really knows. So what signs are there, and do they tell us anything from which we can draw comfort?

According to the Association of British Insurers (ABI) the UK manages £1.8 trillion worth of investments, making it the third largest insurance industry in the world. If the UK doesn’t maintain a tight grip of its insurance sector, it may have profound effects on the UK economy, including the £18 billion worth of taxes that it contributes and employment of 300,000 people.

From a DUAL Asset perspective, our business is based around adding value to property market transactions from M&A generally, through to our specific Title to Shares product. So, for us, the effect on the UK property market, and in particular the big-ticket property deals in London, are the areas of importance.

After the vote to leave the EU in 2016 we saw a number of factors which pointed to difficulties coming down the line, particularly for London and the financial sector. Firstly, just after the vote, the vulnerability of some of the UK property funds was tested, with more than £1.5bn of withdrawals being requested. This resulted in many of the funds having no liquidity to meet these withdrawals and temporarily having to shut up shop. It was a circumstance known as ‘gating’ and the Financial Times reported in June that “six open-ended property funds, representing more than £15bn in funds under management, have now implemented gates, suspending investor redemptions.”

In early 2017, an Ernst & Young (EY) report suggested that approximately 230,000 jobs could be lost in the financial services sector in London. On the back of these and other doom-mongering predictions, many of us really shuddered at what the future could really hold.

But as we go into the final countdown of Brexit, what are the signs today for the effect on the UK property market and London in particular? Generally speaking, the top FTSE 350 REITs have performed in line with the rest of the market, so no particular alarm bells there.

A recent survey of the financial services sector in London suggested that only 2000 jobs had been truly relocated out of the City, much less than previous predictions. In addition, much of the property investment market has benefited from the fall in Sterling, making overseas investment into the UK more attractive.

However, we have to be clear-headed about the current state of the market.

London house prices fell at their fastest rate for almost a decade in January wiping more than £7,500 off the average value of a home. The capital’s property market was down by 1.6 per cent at the start of the year, the biggest annual fall since September 2009 when it began bouncing back from the slump that followed the financial crisis. The average price of a London home stood at £472,230 in January down from £479,780 a year previously, according to figures from the Land Registry.

The Brexit turmoil has had some effect on the UK property market. Anything that creates uncertainty, however remote or perceived, will have a slowdown effect or at least lead to indecision amongst potential purchasers. However, the reality is that with low interest rates and a shortage of properties, those looking to buy in the residential marketplace will continue to go ahead.

The UK property market is much more resilient to any downturn than any time since the financial crisis with debt levels now at £150bn, down by 40% since 2007. So, there are signs to be positive about and just last month it was announced that Citibank is buying 25 Canada Square for more than £1bn – which signals there is life after Brexit.

Also, this year, we can expect completion of the tallest residential building in Europe: the Landmark Pinnacle, E14. The 1,000ft Tulip, a viewing platform by Foster + Partners that is set to be the tallest building in the City, awaits approval. And Estate Agents Knight Frank reports a 12.5% increase in prospective new buyers in the third quarter of 2018 compared to 2017 and a 31% rise in prime central and prime outer London since January 2016.

For DUAL Asset – we have grown our business into a truly global insurer, doing deals in 37 countries last year, and expanding into AsiaPac, Japan and the US. Whatever the outcome after Brexit our global clients will continue to invest in real estate and infrastructure assets around the world, as they seek better returns in our current low interest rate global economy.