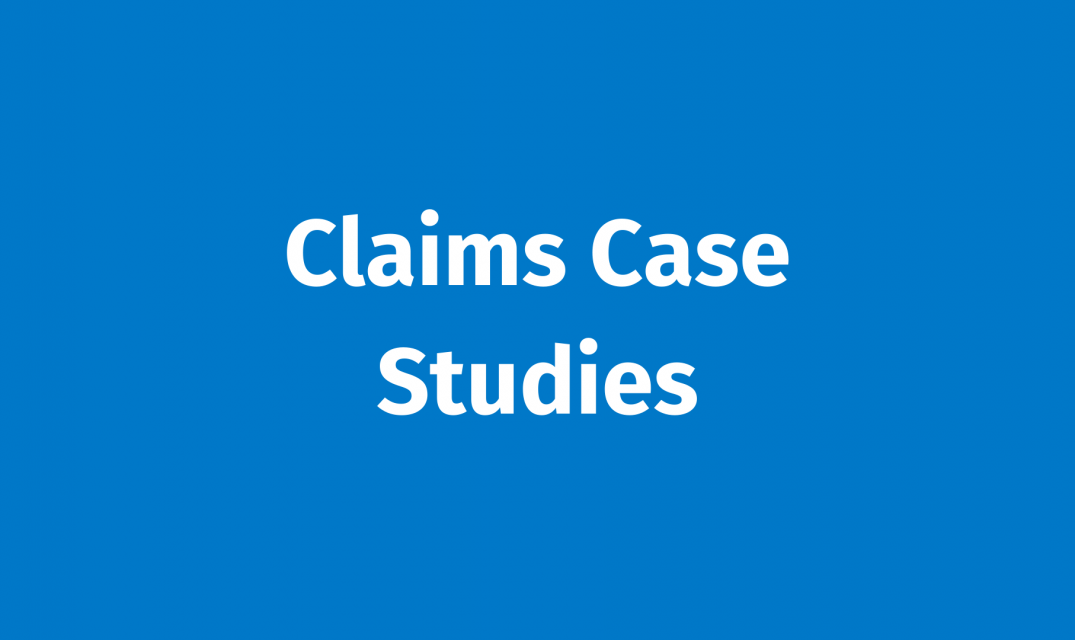 As many of you know, we have recently upgraded our online comparison sites and added Accredited Insurance (Europe) Limited to our list of insurers, giving the choice of up to four quotes. The site continues to grow in popularity, both amongst existing and new conveyancing solicitors, and in the last couple of months we have seen record numbers of enquires and policies issued.

With the increase of policies issued on the site, we have also seen a corresponding increase in the number of claims received. Below we discuss two examples of claims from policies that were taken out in 2019 through our online system. These highlight the importance of using the online system correctly, to ensure the right outcome for the insured in the event of a claim.

Both policies were for Absence of Easement where access to your property is across land that does not belong to you. As those of you who have used our online system before know,  we ask a series of questions (Statements of Fact) which allow us to issue a policy or refer to an underwriter if the questions cannot be answered in the affirmative.

In the first instance – the property was insured for access to an adjoining garage with the following Statements of Fact:

In March 2020, a claimant put boulders in front of the garage claiming the access was private. DUAL Asset accepted the claim, as all the Statements of Fact were correct and we are currently working through a solution with the insured to make sure they maintain access to their garages.

In the second instance – the same Statements of Fact were confirmed about the access way, but when the claim came in, it transpired that shortly after the policy was taken out, the insured applied to convert the property from commercial to residential. This involved using the access way for construction traffic, to which the owner of the access objected. Furthermore, the insured was then involved in litigation with the claimant over use of the access. The insured lost, as the claimant produced witnesses to say the access was used with permission of her mother. It was only when the litigation was lost, did the insured inform DUAL Asset of the claim – some 9 months after the first contact. It also transpired that the access had a padlocked gate on it 3 months before the policy was taken out. DUAL Asset declined the claim.

Whilst the second example is a little extreme, it does highlight the importance of correctly confirming the Statement of Facts on the online system. In the first example, the statements were correct and the claim accepted. If you are in any doubt, the system has both a chat feature and a referral process which will put you in contact with an underwriter. The underwriter can help confirm the statement, or modify it if required. They can also create a new bespoke policy for you if the situation requires it.

Definitely, a tale of two policies.

Did you know DUAL is the world’s largest international MGA? Find out more about...

Rights of Light – What is the correct cutback?

Article by Peter Defoe, a Chartered Surveyor with over 40 years’ experience and a supervisor at Anglia...