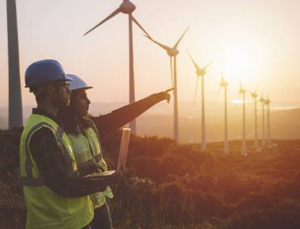 We recently settled a claim relating to unauthorised access to a wind farm in Ireland. The Insured took out a policy with DUAL Asset in June 2016 to cover the lack of a legal easement over the access way, which led to their turbine site.

In January 2018, the owner of the access way contacted the Insured, claiming that they did not have a right of way over the access. Despite supporting evidence regarding the use of the access in the form of Statutory Declarations from the Insured’s predecessors, it was clear that the claimant was prepared to press on with their claim. This would likely lead to protracted and costly litigation, and little in the way of certainty for the Insured and the operation of their business at the Property.

The insured accepted that there had been some intensification of the access, which was not covered under the policy. With DUAL’s agreement, the Insured’s lawyers engaged with the claimant and the parties reached an agreement for an easement over the access.

The consideration payable for the easement was £30k including legal fees and DUAL agreed to contribute £20k towards this figure, the proportionate payment reflecting the fact there was an element of the claim which did not fall for cover due to the intensification of the use of the access.

The insured was delighted that DUAL took a quick and commercial view, resulting in the claim being resolved within 3 months of the notification and with no interruption to the operation of the wind farm.