The deceased was believed to have committed suicide, but his body could not be found. He had been seen taking a boat out to sea and was never seen again. His cousins, who were the beneficiaries of his estate, wanted to deal with his executry by selling his property and distributing his estate as soon as possible.

A Presumption of Death (Scotland) Act 1977 decree was obtained and a court ruled that insurance must be taken out to protect the estate and executors, in the event the decree was varied or recalled at a later date. While the deceased left no close family, there was evidence of financial difficulties and large debts, which were believed to be a factor contributing to his suicide. DUAL Asset were able to issue the policy, so the decree could be obtained by the executors and the estate distributed to the family. The policy protected both the executors and also the beneficiaries receiving the inheritance.

For more information regarding the Executor and Inheritance cover that is available, or to discuss any particular case where you are seeking assistance, please do not hesitate to contact Kate Thorp on 07519 129136 or email kthorp@dualgroup.com. 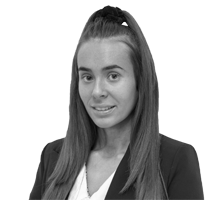 Throughout her time at University, she was involved in the Legal Advice Clinic giving her an insight into a wide variety of legal issues surrounding Housing Law. This was further developed by various legal placements within this sector, allowing her to put legal theory into relevant practice.

Lola has joined DUAL Asset as an assistant underwriter in the executor and inheritance team.

A Claim by a Charity who Held the Original Will

A Comprehensive policy was issued to protect the estate of a man who had died seemingly without...