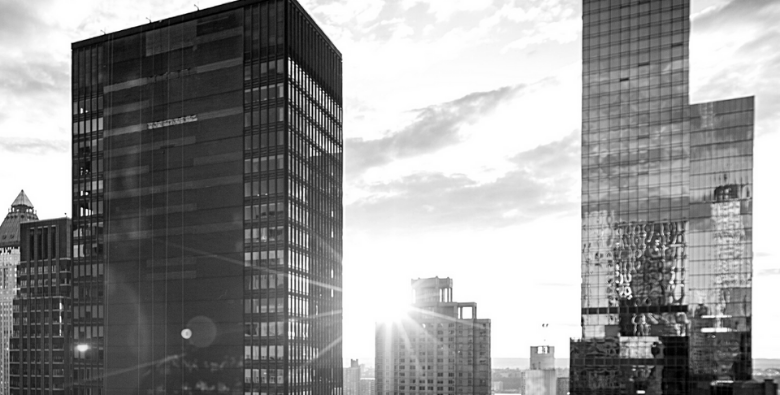 Rights of light has been a known problem in London for many years and we are now seeing this risk become an issue in cities across the UK and Ireland, in particular Belfast and Dublin. Rights of light is still largely untested within the courts. The majority of cases settle before they reach the Supreme Court, so the few judgements we have are decided in the High Court. Peter Defoe, a Chartered Surveyor with over 40 years’ experience and a supervisor at Anglia Ruskin University, has written this excellent article on this topic and the most recent case to come before the high court:

“The recent case of Beaumont Business Centres Limited (Beaumont) v Florala Properties Limited (Florala) has implications both for surveyors and insurers and, interestingly, it has echoes of the intention behind the Law Commission report on Rights of Light and the Draft Bill dealing with injunctions published in 2014, but yet to be enacted.

The claim by Beaumont was for loss of light caused by the development undertaken by Florala to extend their property. However, there were other considerations that resulted in the case being heard in two parts. The first part was an application by the defendant Florala, who applied to the court for summary judgement on some of the issues arising from the claim by Beaumont, which was issued on 9th February 2018. The basis of this application was the existence of a rights of light deed agreed during the disposal of the lease and the freehold by Beaumont to cover two possible situations:

a) If Florala, the owner of 34 London Wall and 67/69 and 71 Moorgate, were to bring an action for loss of light resulting from the works carried out in 2011 and 2012, which raised the height of building.

b) If Florala decided to increase the height of their building, so as to inhibit the light reaching 80 and 80A Coleman Street.

It is clear from the transcript that Beaumont London had obtained, or intended to obtain, rights of light insurance, because clause 4 of the deed required Beaumont to indemnify any costs not recovered through insurance should a successful claim be made. One wonders whether the act of including such wording might have been contrary to the non-disclosure requirement of the insurers, but this is largely a side issue, as the work to Beaumont’s property had been completed before Florala purchased their property, but whilst an agreement had been reached with the previous owner, no money had changed hands.

The real issue for Florala was their contention that Beaumont, by their disposal of the freehold, could not be party to an action in respect of loss of light, as they no longer had an interest in the property, although the deed made provision for Beaumont to take action in the event that the development by Florala caused loss of light.

The experts advising both sides had agreed an Equivalent First Zone area (EFZ) of 280.6 square feet. This represented an evaluation of the room areas that would suffer nuisance through reduction in daylight. The court also heard that an offer of compensation had been made and apparently agreed in the sum of £55,000, but when Florala asked to whom the money should be paid, they discovered the existence of the abovementioned deed. Instead of making the anticipated payment, all went quiet, and Beaumont did not answer six requests from Florala’s surveyors for an update. Eventually, on 6th February 2017, Beaumont’s surveyors replied that the effect of the rights of light deed was that Beaumont Business had no rights of light, as they were purportedly all vested in Beaumont London; but this entity had no right to bring a rights of light claim because it no longer had any interest in the property. The court did not agree and the application was dismissed with the full hearing taking place this year.

The judge visited the site to make his own assessment of the impact, as well as taking evidence regarding the EFZ and an alternative assessment created through a piece of software (Radiance) and it was decided that an actionable nuisance had occurred. It is worth noting that Florala had also acquired another adjacent property and had tenants installed in the subject property.

The court found that damages based the EFZ would be £240,000 (based on a 12 times multiplier i.e. a book valuation of £20,000). However, damages were negotiated based on profit share being one third of the profit achieved at £350,000. If, however, Beaumont required an injunction requiring Florala’s building to be cut back then they would have to join the tenant in the action before it could be considered.

This case is already having an impact on surveyors’ assessment of potential compensation, and is being recognised by insurers. In most cases, surveyors will have made an assessment of the book value of any loss of light based upon a light rental value of £5 per square foot and a yield figure appropriate to the area and type of building. For example, a loss of 300 square feet EFZ would result in a book value of approximately £22,000 based on a yield of 7%. The uplift referred to is also very unusual, as the original concept of an uplift (Carr Saunders v Dick McNeill Associates [1986] 2 All ER 888, [1986] 1 WLR 922) was to recompense for equitable loss and this equated to approximately 2.66 times book value. However, many surveyors now suggest that £5 per square foot for light rental, particularly in the City of London, is too low and frequently use a higher uplift in their negotiations to compensate for this fact. Notwithstanding this, a twelve times multiplier would be considered very high.

Whilst the court took note of the value based on book value with uplift, and acknowledging the rationale in Coventry vs. Lawrence, they preferred to assess the damages based upon a negotiation of a share of the profit resulting from that part of the development that caused the actionable nuisance. This is illustrated in cases such as Tamares (Vincent Square) Ltd v Fairpoint Properties (Vincent Square) Ltd (2007) LTL 15/2/2007 : (2007) 1 WLR 2167.

As a result, we believe that surveyors will be more inclined to ask clients to provide profit calculations prior to assessing potential compensation figures. However, whilst the judge commented that the Waldram methodology was “only a starting point”, it has to be acknowledged that a cutback, from which profit can be assessed, can only be designed if one knows the point at which the daylighting value becomes inadequate.

The fact that the judge referenced the Law Commission report does indicate an awareness that, whilst an injunction remains the option in such cases, the criteria set out in the report and the accompanying draft bill, including the conduct of the parties, will be important to any future decisions.”

From an insurance perspective, there are several key points that can be taken away from this judgement. Beaumont has illustrated that insurers should be mindful of whether a ‘wait and see’ strategy could be construed as failing to properly engage with the other party, making an injunction more likely. It also provides a possible shift towards alternative studies, such as radiance assessments and compensation budgets complemented with loss of profit budgets as standard. It might be argued, especially in urban areas, that the introduction of the draft bill, entitled Rights to Light (injunctions), which includes provision for a notice of intended obstruction, should be enacted as quickly as possible.

At DUAL Asset, we are able to provide insurance for developers looking to cap their financial exposure and seek security against additional costs from delays on site. For more information, please contact Jessica Ollerhead on jollerhead@dualasset.com.

DUAL Asset recently concluded one of our longest running claims in the UK property sector. The policy...

The Insurance Distribution Directive (IDD) came into force on 1st October 2018, resulting in the SRA (and...

DUAL Asset now on the ground in Scotland, as Kirstin Nee relocates to Glasgow

There’s no doubt that the last few months have been extremely challenging for those of us in...

It has been widely reported in the legal press over the last month that there will be...

We are delighted to announce that Jaqueline Bortolini joined our team in July and will be based...

It’s been a difficult year for us all, and we wanted to reach out to our clients...