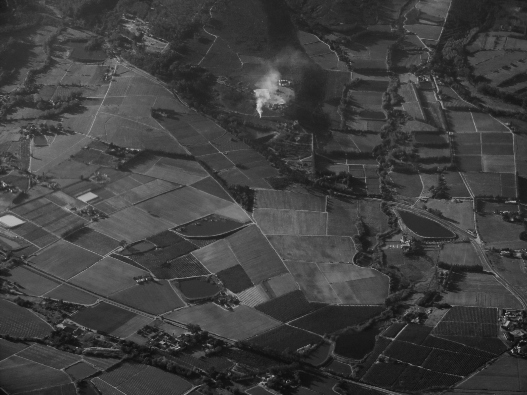 (Or is that Factual Occupation and Actual Possession?)

Estoppel in orally granted easement abandonment and a case of unfenced land being adversely possessed.

This author finds keen interest in the synergy of cases that reach the courts at various times.  It may be the result of my skew-whiff method of thinking, but on reading this couple, I couldn’t help but pick out the similarities.

Pezaro is an abandonment of easement case at the High Court; Thorpe is a Court of Appeal adverse possession matter.  With both focussing, as you might expect, on how the areas of land in question are used in practice.

Pezaro hinges around the enforceability of oral agreements in proprietary estoppel.   The decision is based on the actual use of the land subject to a documented right of way.

In practice, the right of way, which was noted on the property titles, had not been used by the dominant owner for 11 years. In fact, he had erected a solid fence (an important detail for an abandonment argument), to prevent his dogs escaping, plus the escape of unpleasant liquids when he hosed his yard down.

Mrs Pezaro wanted to develop parts of the rear gardens of her collection of plots and asked the neighbour if he would sell part of his rear garden to facilitate it.   He agreed and planning permission for a block of flats was granted in June 2006.

During this exercise, Mrs P did not want to specifically bring the right of way into discussion for fear that it would be used for bargaining.  As part of these discussions, Mrs P did allow the neighbour, on request, to retain an additional part of his garden, so as not to impact on the value of his property as a whole.

At no point was the right of way mentioned, presumably because it was felt to be irrelevant.

I’d imagine at this point the reader is thinking that if all was amicable between them, it would have been far better to just sort it out.  Hindsight and all that.

This parcel of land was then sold to a developer.

In early 2010, Mrs P contacted the neighbour again, wanting to construct a new house on the remaining Pezaro land, which, this time, would encroach on the right of way.  She requested now that the right of way be removed from the titles, she would cover the legal expenses and carry out some landscaping for him.  The neighbour agreed on the basis that he thought it had already been surrendered.

Planning permission takes until mid-2011 to be granted, at which point contact is made again to have the right of way removed.

The issue occurs because in the meantime the neighbour had sold his property to a ‘quick-cash’ developer, who in turn sold to the Bournes, both transfers are made without mention of the intentions relating to the right of way.

It was held that the chain of notice had broken down.  The bona fide purchaser(s) would rely on the register entries, which identified the right of way.  The Pezaros should have taken steps to alter the register when first agreed, rather than wait for planning permission to be granted.

If on inspection of the property during the acquisition it was evident that the Pezaros had interfered with the right of way to their own detriment on reliance of the oral agreement and the dominant owner had acquiesced, then the outcome may have been different.

In Thorpe v Frank, the area in question was missed at first registration of the Frank land.

This is a case with pictures, which are incredibly useful for quickly understanding the position ‘on the ground.’  Do have a look at the original text, here.  In summary, the “jug-shaped” land is open and located between Nos 8 (Frank) and 9 (Thorpe).

Mrs T regularly parked on, pressure washed (wearing out a number of pressure washers doing so), cleared weeds and litter.  Pots were also used to delineate the perceived boundary.

The case arose when Mrs T fenced the land in 2013.  The Franks argued that she had not accrued the required period of control under the Limitations Act 1980.  Events then centre on repaving the area in 1986, the work conducted by Mrs T’s son, which took two weeks to complete.

The Court of Appeal (CA) seem irritated by the handling of the case in the Upper Tribunal (UT), which led to it being heard here, support is given to the original decision of the First Tier Tribunal.  For example, McCombe LJ takes umbrage at the UT view that there are no cases where paving has “in itself” resulted in a successful adverse possession claim, by citing an exhaustive list of such cases where alterations to the physical surface of the land have succeeded; emphasising the types of additional factors that resulted in those decisions.

The UT Judge’s view was that the paving represented a two-week period of taking control, once complete it was impossible to further exclude third party use.

The CA held that paving demonstrates an act capable of “factual possession” (at paragraph 53): “Whether it does so or not will depend; … what constitutes a sufficient degree of exclusive physical control has to depend upon the nature of the land and the manner in which land of that nature is commonly used or enjoyed.”

Also at para.39: “While enclosure of the land in issue by the squatter is an obvious manner in which he can take possession, it is not an absolute requirement and it is not the only way in which possession of land can be asserted and achieved.”

Mrs T made it readily apparent that the land was part of the curtilage of No.9; she used the land for parking and regularly maintained it to varying degrees.  In addition, the character of the neighbourhood is open plan, which is emphasised by restrictive covenants, meaning a party would exercise caution in doing things in contravention of those.

Considering these factors: “Even without the covenants, that assertion of possession was sufficient for the purposes of the [Limitations Act], but the covenants afford some background as to why the land is of the character that it is.” (para.38); the other factors were all types of behaviour that an occupying owner would typically carry out.

The Court of Appeal unanimously found in favour of Mrs Thorpe.

McCombe LJ enters into an interesting discourse that historically too much emphasis has been placed on the confrontational suggestion of adverse possession/dispossession.  Referring to Lord Browne-Wilkinson’s speech in para.427 of JA Pye (Oxford) Ltd v Graham [2003] AC 419.  Rather than demonstrate that the true owner has been ousted “…The question is simply whether the defendant squatter has dispossessed the paper owner by going into ordinary possession of the land for the requisite period without the consent of the owner.”

This method of thinking adds weight to the growing number of boundary dispute cases that have become far too adversarial and should have been dealt with through more sensible mediation.  As with that series of cases, a small parcel of land (enough to park a car on) has been the subject of a legal case, the costs of which far outweigh its value.  Though perhaps, generally speaking, this depends on precisely in which part of the country the subject land is located…

Reference in support of his findings is also made by McCombe LJ to Williams v Usherwood (1983) 45 P&CR 235, an abandonment of right of way case, which I found of particular interest when drawing together some of the themes from Pezaro.  This related to a combined driveway situated between two houses, owned to the centre by both parties respectively and over which each adjoining owner had mutual rights of access.  A boundary fence was erected by one of the neighbours, which for practical reasons, encroached on the paper title of the other.  The other had stopped using the driveway.  A subsequent owner of the fenced land carried out acts of ownership, such as replacing and maintaining the surface, meanwhile the neighbour acquiesced.  Here it was found that the right of way had been abandoned and the subject land had been obtained by adverse possession.  This further supports the decision made in Pezaro.

Documentary evidence of a right of way does exist in Pezaro, of course; but both cases help us to understand the types of behaviour and acts the court will consider appropriate when granting or denying interests in property.

When administering an estate, it is prudent for a check to be made to see what the...

Introduction to one of DUAL Asset’s carriers – RSA

No Need to Pay

DUAL Asset Underwriting received the Gold award in the Supplier of the Year category at the prestigious...