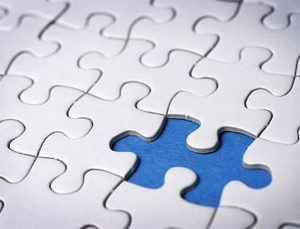 WHEN THE MISSING SHOULD STAY MISSING – Probate Insurance

Missing beneficiary insurance is usually obtained following a failed attempt to find a missing person who is due an inheritance. The personal representative, in an attempt to find them, will often instruct a genealogist or tracing agent to write to last known addresses and interview family and friends of the missing person. There are occasions, however, when the decision is made not to try and find the missing person. “In my 20 years’ experience,” says Kate Thorp, DUAL’s Inheritance Protection Manager, “this is a straight decline by most insurance companies. Insurers do not want their insurance policies to be an alternative to research and to worry about reporting claims.”

The decision not to find a beneficiary could be seen as being at odds with the personal representative’s responsibility to carry out the administration of the estate. The representative needs to act in the best interests of the estate, including the beneficiaries, and not in their own interest. Yet what if there is a moral reason for not trying to find the missing person and then “backing” this decision up with insurance?

“Insurance certainly has a place here,” says Kate Thorp. “There has to be a basis of a defence to any subsequent claim by the missing beneficiary though.” An example being an extremely tragic case where a solicitor was acting for the mother of a deceased soldier, shot and killed in one of the recent conflicts the UK has been involved in. A seemingly hastily-made will turned out to be invalid, even though the intention of the will was clear. The young soldier wanted to leave his whole estate to his mother. The estate, now falling into intestacy, was to be split between the soldier’s mother and father. The problem was, the father had walked out of the family home a few days after his son’s birth and was never heard of again. He had never paid a penny in maintenance.

From a research point of view, it was almost certain the father could be traced if attempts were made to find him. He had an unusual name and his date of birth was known, as well as his former occupation. The decision was made by the personal representative not to try and find him and the solicitor made enquiries as to whether insurance would be possible in these circumstances. “We agreed to insure it” says Kate, “the reason being we believed there was a chance of a counterclaim for unpaid maintenance which would surpass the amount he would be entitled to under the intestacy.” The insurance policy enabled the mother to receive the inheritance her son always wished her to have and took the worry away from her about the cost of any future legal action by the father if he ever made an appearance and tried to claim his inheritance.

Missing beneficiary insurance can come in various forms and DUAL will always think “outside the box” when asked, especially in circumstances such as these. 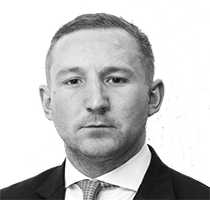 Fergus is flexible and commercially minded with a strong reputation for helping clients complete transactions quickly and securely.