To mark our 25th anniversary, Hyperion launched an ambitious charity initiative on 1 October 2018.  ‘Million for a Million’ aims to raise USD1 million by 30 September 2019 (our financial year end) by completing 1 million kilometres (or equivalent ‘units’).  We are well on target with USD750,000 pledged to date….! All proceeds will go to the below chosen charities:

Across the Group, we have seen fundraising in over 100 events and challenges from World Record breaking Atlantic rows, getting a team of 10 to the closest point of earth to space and cycling from London to Barcelona to baking and knitting sales!

DUAL Asset have whole-heartedly got on board with M4M. Jessica Ollerhead and Grace Hedgecock skied their way through the Alpine challenge with the team raising $26,469 in the process.  Kirstin Nee scaled five of the largest mountains in the Andes in March with the team raising $119,456.  The support from our clients through sponsorship, participation in organised fundraising and more has been overwhelming.

As the deadline draws near, we have two very special upcoming events, which both involve David Howden, our Group CEO.

The first is the Sharkfest, a 2.5km swim from Alcatraz to the mainland on 27 July.  The cold water, waves, and strong and unpredictable currents make the crossing a pretty tough challenge, not to mention the sharks – this is probably why it’s dubbed ‘the impossible swim’. To compound his pain, in September, David’s second challenge relates to his hair…. one night at the work bar, two colleagues suggested he shave it all off for our charity efforts and he agreed. Whilst not the most physically demanding challenge, David freely admits he is going to find it traumatic!

It would be amazing if you could support David in his adventures….naturally, we have key man insurance in place! If you would like to support us, please hop onto http://uk.virginmoneygiving.com/fund/M4M  to donate.

Thank you for your support! 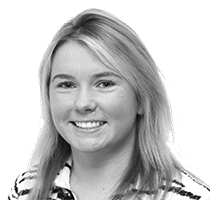 Grace began her career in insurance with DUAL Corporate Risks in 2011. Grace very quickly progressed through various PA positions working with the global board including the CEO.

Identified for her organisational and interpersonal skills Grace was hired by DUAL Asset in 2016 to be PA to Phil Oldcorn while also working as an underwriting assistant to the wider team. Grace mainly deals with client events, diary management, travel and drafting and issuing policies.

Across the Pond – Special Relationships and Succession

An Article by Andrew Hillier We live in a time where there is much focus on US/UK relationships....

Airspace Development: Dreaming of money falling from the skies

An Article by Megan Eustace It is estimated that over 340,000 new homes are needed in England per...

History of Today’s Wills and Probate

Born in October 2014, Today’s Wills and Probate (TWP) is a leading professional news publication for...

We have all read horror stories in the press about disputes between neighbours, which involve long-running arguments...

Thursday 27th June saw members of DUAL Asset and some of our wonderful clients descend on The...